The ForEach enumerator and ForEach-Object can be confusing at times. In this blog post I will highlight some differences between the two. 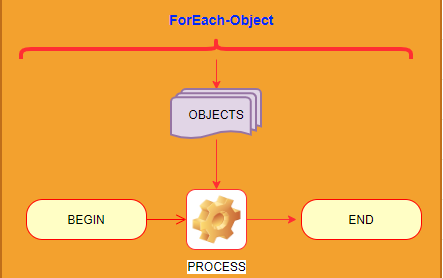 Let’s take a simple example, suppose we want to count all the processes where Name property is “chrome”. We begin by running Get-Process cmdlet and passing all the returned objects to the ForEach-Object cmdlet in the pipeline for further processing.

The ForEach-Object first initializes a variable called $BrownserCount with an initial value of zero in the BEGIN script block. If you remember, the BEGIN script block is only run once before we process anything from the pipeline. Next, the PROCESS script block start processing the objects from the pipeline one by one. We compare the Name property of each object with ‘chrome’ and increment the $BrowserCount variable by 1 for each match. Finally, the END script block writes the final value of $BrowserCount variable back to pipeline.

In order to correctly perform this operation, we use the ForEach-Object cmdlet as shown in figure 2 below. 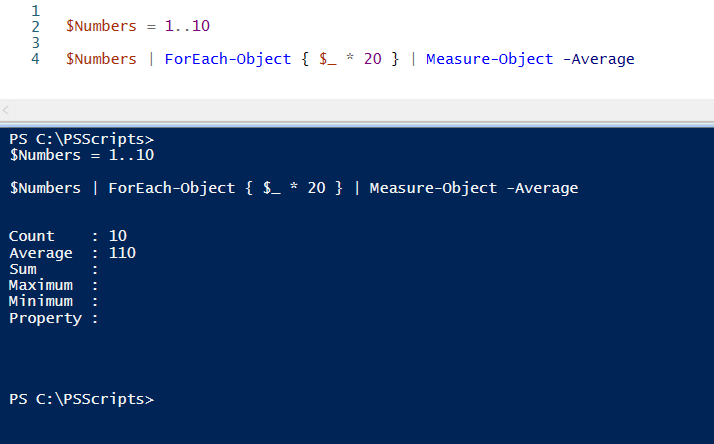