Git is a powerful version control system used for managing and maintaining source code. Git allows multiple programmers to work on the same copy of code without stomping on each other work. Git can also be used to not only manage code but can also be used to manage other documents such as word, excel etc. This blog post will provide a quick introduction to get started with Git. Git can be easily installed without requiring any pre-requisites. For this blog post I simply installed Windows 10 Enterprise evaluation copy and then installed Git on it. Git installation file are available on Git.

During the installation process I simply hit next to everything. Once the install finishes you can open a command prompt and quickly test if the install was successful by issuing the git version command as shown below.

Next, we need to provide Git with some basic information about us, Git need this to keep track of who performed the changes to the code. *Note: This information is not sent back to Git but used by the local installation of Git.

We create a repository by first creating a new folder and then use Git to initialize a new repository. The folder just acts as a place holder to keep all our files and folders that we might want to add to our repository. 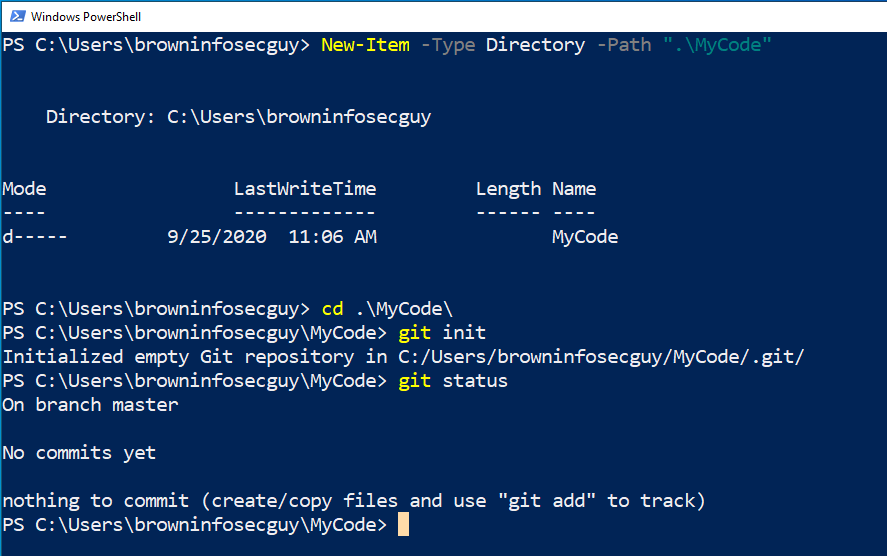 If we create any file or folders in the MyCode folder and check the status, Git will let us know about changes we need to commit to the repository as shown in figure below.

Any changes me make to our script can be viewed by issuing ‘git log’ command as shown below. The ‘git log –oneline’ command will get rid of extraneous information and truncates the hash. The hash value is important as it acts like a marker for Git to keep track of all the commits made to the repository.

There might be a situation where you would like to revert back your changes and go back to a previous version of the repository. We can easily accomplish this with the help of ‘git reset’ command. Let’s look at an example, we added two files named file1.txt and file2.txt as shown in figure below to our repository. 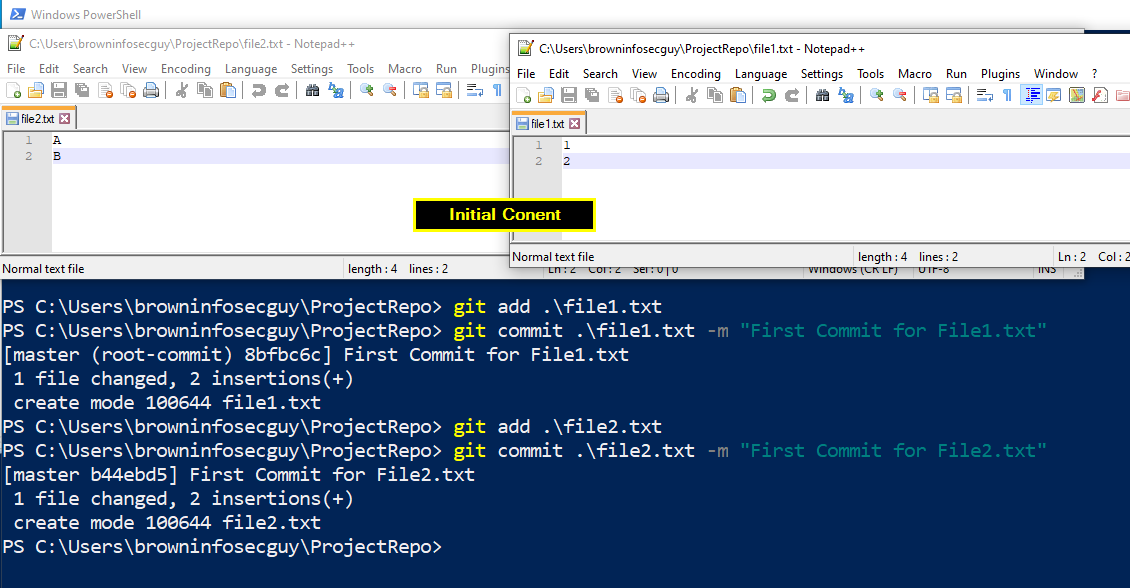 After the initial commit we make more changes to ‘text1.txt’ and commit new changes as shown in figure below.

In order to revert back these new changes, we issue the ‘git reset’ command as shown below.

Figure8: Revert back the changes

The next important concept to understand is branch. Essentially, we start working in the Master branch. We can verify this by running following command.

The figure below shows that we are working in the Master branch (* represent the current branch). 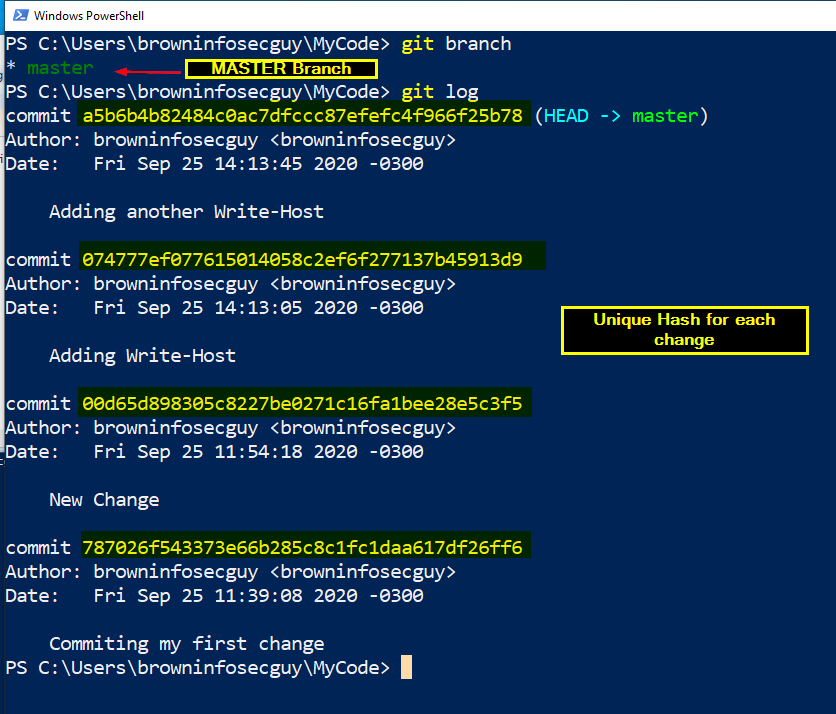 In order to start working in the new branch we need to switch from Master branch to this new branch. We can do that by using git checkout command as shown below

Let’s create a new file and commit that as shown in figure below. 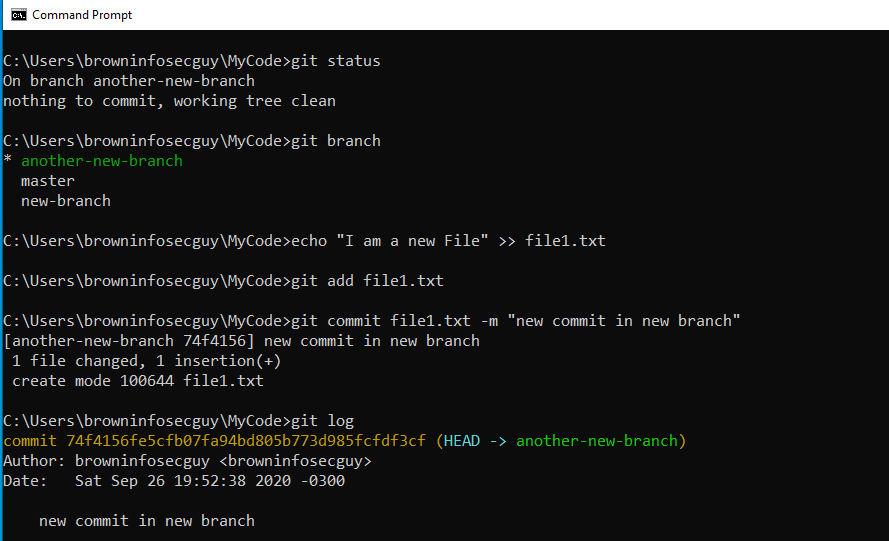 When we are ready to merge the new branch to the master branch, we switch back to the Master branch and issue the ‘git merge <name of new branch>.

Figure13: Merge the changes back to Master branch