Pipeline in PowerShell is an easy yet very important concept to understand. Before diving into pipeline for PowerShell it’s important to understand pipelines in general. The concept of pipelines originates from Unix world. In simple terms pipeline is a thread to stich together different comands to produce desired output. Below is a simple command showing how pipeline can be used to produce desired result.

As we can see we are able to filter results from ps command for process named chrome. We further narrowed down the result to just display the first line by using “head -1” command. We can create more complex filters by using regular expressions. In *nix based system an output from one command is passed on as text to the next command in the pipeline. This is shown below 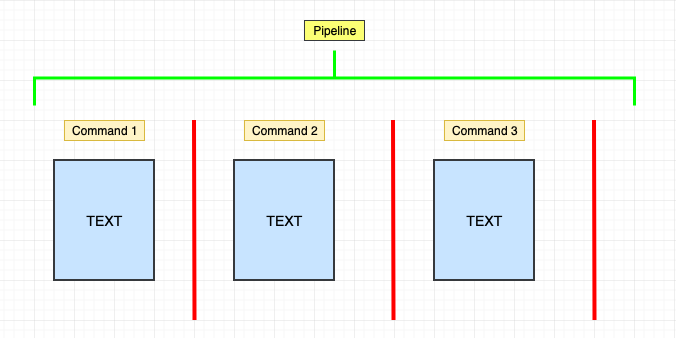 Figure2: Same command in last example but in PowerShell

It produces same result but we are manipulating objects not text. Get-Process cmdlet get a list of process objects, passes it on to Where-object cmdlet which filters the results to just keep objects whose “Name” Property matches the value chrome. Next we just select the first object and discard the rest. In case you don’t trust me we can use the Get-Member cmdlet to view Object type, different properties and methods. 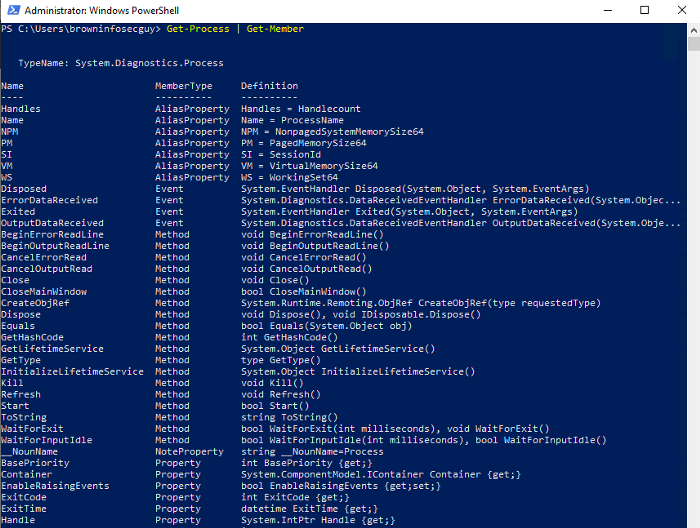 Figure3: Object Members which include properties and methods

If you are unfamiliar with Objects I would recommend reading Object oriented concepts. Here is a nice and quick read. Understanding Classes and Objects 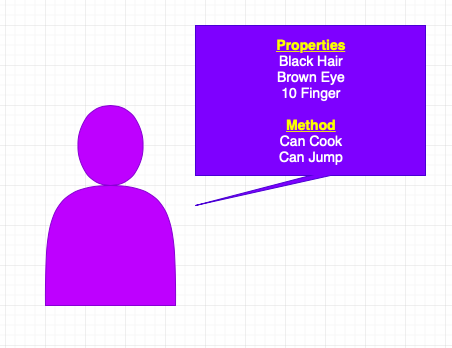 Figure4: In this example the person is an object with properties and methods

The diagram below shows PowerShell pipeline in action. 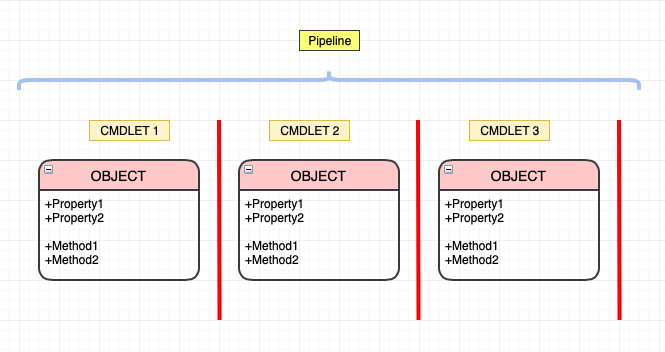 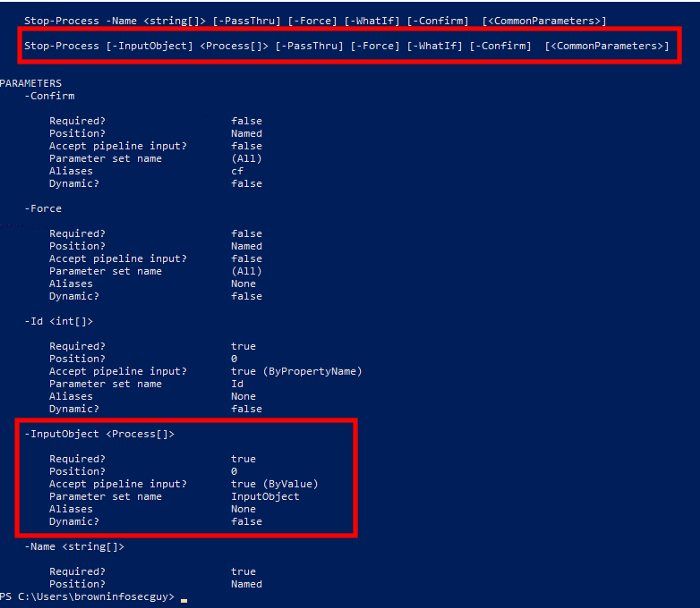 As you can see Stop-Process has a parameter set which accept an InputObject ByValue. byValue means that the cmdlet can consume the incoming object as “Whole” meaning we can pass on the object as a parameter and the cmdlet will work. If you are lost stay with me because once you see byProperty things will become clear. But visually here is what this process looks like

You can inspect the parameter binding byValue by using the Trace-Command. Here is what i used to run my trace command thanks to Dr Scripto

In the output below you can see the binding happening byValue

If you wan’t to learn about Trace-Command here is a good resource.

Now let’s “assume” that byValue is not option, then the next option is to do parameter binding byProperty, so PowerShell determines which properties of the incoming object can be used as parameters for the next cmdlet in the pipeline. Example if incoming object has a property called “Name” the PowerShell parameter binding will insert the value of “Name” property into the “Name” parameter of the cmdlet. Let’s take an example to solidify this concept. Lets say I want to get proceses for Edge browser. Here is a simple one liner.

Pretty easy, right? What if, I want to kill the Edge process well lets try to do it.

Well that didn’t work; Why didn’t PowerShell bind the Name property automatically to the “Name” parameter of Stop-process cmdlet? Because“MicrosoftEdge” is an object of String type, and this object does not have a Property called “Name” hence both Parameter Binding techniques, byValue and byProperty failed. In order to make this work we need to create a custom object and add the Property called “Name” to it and then pass this object to stop-process as shown below.

Figure12: We are creating a custom PSObject with Property 'Name'

In the figure above we created a new object of type PSObject then added a property named “Name” with value “MicrosoftEdge”. Lastly, we passed this object to Stop-Process cmdlet. Below you can see parameter binding using Trace-command cmdlet.

I hope this writeup helped you if you were struggling with PowerShell Pipeline binding concepts.